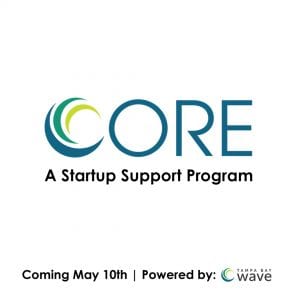 Tampa Bay Wave is dedicated to empowering diversity in the entrepreneurial ecosystem and supporting entrepreneurs who are riding the wave of innovation. As Tampa steps into the role as the next hub of innovation, it’s only right that our CORE program is fully revitalized and modernized to fit the needs of founders across the Tampa Bay region and beyond.

CORE is a program designed for startups who are dedicated to scaling and achieving high growth; through a community of peer entrepreneurs and year-round access to mentorship, networking, curated perks and much more. We are proud to present the revamped CORE program; kicking off on May 10th, with the support of Ramit Singh, the Director of Startup & Entrepreneurship Programs. Richard Munassi, Accelerator Managing Director at the Wave, had the opportunity to interview Ramit; pick his brain about the CORE program, and learn more about Ramit’s fascinating professional background. 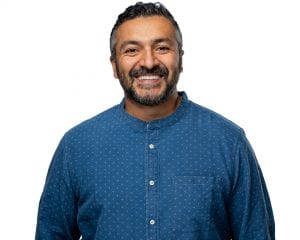 Richard: “Ramit, good to see you this morning. So glad we’re having a chance to catch up and dive into this. Let’s jump right in and talk about your background with regards to your career; your background is quite interesting, as a JD who is all in on the tech sector. Can you tell us a bit about your journey from law school into tech?”

Ramit: “Sure. I graduated law school in 2008, in the last great recession. I have a knack for major life changes while the world is going nuts, as you know, given 2020. I came out of law school into the crash wanting to be a prosecutor – I love being in the courtroom, presenting evidence and being in front of judges. Unfortunately, because of 2008, that just really wasn’t in the cards. I took a clerkship at the New York Supreme Court. I did a few contract attorney positions and decided that if I couldn’t be a prosecutor; I would take some time to focus on the business side of music, which is one of my passions. I took the opportunity to start doing PR (public relations) and media in music at the time. From there, I landed my first role at a startup doing social media marketing, back in 2010. It’s been quite the journey so far from law school, to lawyer, to band manager, to photographer, to the first startup in NYC.”

Richard: “Excellent. And from that first startup, over time, I know you transitioned into a venture backed startup. Tell us a little bit about Via, how you found the organization and how you were a component of the machine that Via is.”

Ramit: “Via was an incredible, incredible opportunity. For context, Via essentially has one product, a routing algorithm. That routing algorithm powers a B2C (business to consumer), similar to Uber and Lyft; in that you use a smartphone to hail a ride, except most of the rides are shared, or at least they used to be pre-COVID. Then, there is a B2B (business to business) component where they license out the technology to public transit; it could be logistics going forward, autonomous vehicles, the possibilities are endless.

I was managing a band and the lead singer of that band worked for Daniel Ramot, the future (at that time) founder of Via; he recommended me to Daniel, we had a chat and I joined early on. I was the third US employee, we were a pretty small venture then; five cars operating on only one Avenue in Manhattan. I had the opportunity to see the business scale to 70 millions plus rides served, 90 plus transit partners, all in over 20 countries.

My role was nominally operations; although, as you know, in the beginning, everybody does everything. So whether that was thinking about strategy in the morning and street marketing in the afternoon, and everything in between. I got really broad exposure. But as we started to scale up a little bit, I focused more on the operations, and building out the consumer marketplace; thinking about the demand side and thinking about the supply side. I spent about three years on Ops; transitioned over to talent and assisted the talent team for about two years; then put my Ops hat back on and went to London to help launch the consumer service there in 2018.”

Richard: “How many employees were at Via when you left the organization in February of 2020?”

Ramit: “I believe it was somewhere in the seven hundreds. Those numbers may have changed because of COVID, but yes, it was a large organization. They were on their way to another round of fundraising as I left and closed their Series E in the summer of 2020.”

Richard: “And how many drivers in particular did you oversee and help to onboard during your time at Via?”

Ramit: “Globally, we onboarded tens of thousands of drivers. It was an incredible transition to see; in the early days, it would take multiple phone calls and hours of convincing one driver to come try out the app for one shift. That was back in 2013. Fast forward to our 2018 London launch, and we had lines of hundreds of drivers a day for registration; to the point where we were renting out warehouses and bringing in security for line management. It was an incredible feat of scaling that I was lucky to be a part of.”

Richard: “That’s fantastic. You must have seen some incredible things, being a part of the early team at Via; growing from three to several hundred employees and onboarding tens of thousands of drivers, not only here in the US but also abroad in multiple different regions. From your role at via in London, to moving to Florida is really a big change. What brought that about?”

Ramit:  “There’s always opportunity for growth; Via was always doing exciting things, but as far as operations go and talent, I was looking for a new adventure. On the personal side, we just had a baby. I wanted to come back to the US to spend some time with family. I also wanted to get back to my early stage startup roots. I started mentoring startups with TechStars, London while I was in the UK, which gave me the itch again to get involved with smaller ventures. I came to Florida in March of 2020, to visit family and parade the baby around. Meanwhile, the world happened to shut down around us as we were here figuring out our next move, and I found myself in Florida looking for my next role!”

Richard: “Excellent. How did you find out about the Wave? And what was your experience in getting to know the organization and getting plugged in initially?”

Ramit: “I came to Florida knowing absolutely close to zero about the tech scene in Tampa Bay. I arrived and engaged in brute force due diligence. I started doing my research on Tampa; and really, the evidence was overwhelming that this is the next hub of innovation. One layer deeper, and all signs pointed to the Tampa Bay Wave. And beyond that all roads lead to Dr. Richard Munassi. That’s how I found you.”

Richard: “What were some of the early experiences with Wave team members and startups that made you want to step into a director position?”

Ramit: “You brought me on board, initially as a mentor, which was great. It gave me that interaction and exposure to the smaller ventures that I was looking for. I always love learning from founders, it was an amazing opportunity to do that. You and I worked closely on one, if not two cohorts; you brought me in to speak with them about both ops and the human capital side of things. I did my work in connecting with a lot of people in and around the Tampa Bay area. Also, I got involved at the University of Tampa, as an entrepreneur coach; I’m an advisor at a local startup here too. From there, it just naturally evolved into my current role.”

Richard: “I want you to tell us a little bit more about the director position that you are currently holding at the Wave, as well as your vision for the CORE program.”

That program is the CORE program. The backbone of the CORE program is built by the founders themselves. I have spent the last four months or so talking to founders, essentially 24/7; it has been a very warm welcome from the community and an unbelievable way to jumpstart the program. Their feedback has been invaluable; out of that feedback, we have created a program, community and network, which will serve three goals; number one, we want to increase peer to peer networking for our founders; number two, we want to increase efficient access to capital; number three, we want to effectively distribute knowledge in the ecosystem. We’re going to achieve all these things through the CORE program; through content, programming, a Knowledge Library, speakers, mentor connections to Investor Relations, as well as a new digital platform that we’re building. There’s a lot coming up. And I’m very excited to get this out to the world soon!”

Richard: “We’re looking forward to the launch as well! I know the startups, not just the alumni and portfolio companies of the Wave, but also those throughout the community are very excited. Where do you see yourself in the next two to three years? And where do you see the Tampa Bay ecosystem in that time period as well?”

Ramit: “I’ll start with the second question. I see it being a premier ecosystem, both on the national level and international level. There is a lot of talk about Tampa being the next big thing; I think it’s very attractive for both people who already live here, as well as people who are coming in. There’s a real chance here to continue building the foundation of an ecosystem, and carrying on the amazing work that has already been done by the players in the regional startup scene.

As far as where do I see myself in two to three years? That is the golden question, Richard, I think about that all the time. I would always love to be involved with early stage startups. I derive a lot of satisfaction from that. I love mentoring, I love coaching, I love those relationships. And I learn a lot from the founders, by being involved with them all the time. I would really love to marry music and technology one day; to be involved with a program that helps support music startups, that could be an interesting play. I’m not exactly sure where the world will take me in three years; but I do know that I’ll be talking to founders, both three years and thirty years from now..”

Richard: “Awesome, thank you for your time, Ramit. For founders who want to learn more about the CORE program, what’s the best way that they can get in touch with you?”

Ramit: “Feel free to email me anytime, any day, at rsingh@tampabaywave.org . I look forward to hearing from everyone.”